I have been exploring some place in the peninsula.
I have to say some places are breathtaking.
I have been riding through the Snaefellsjoekull National Park up to Hellnar and Arnarstapi. 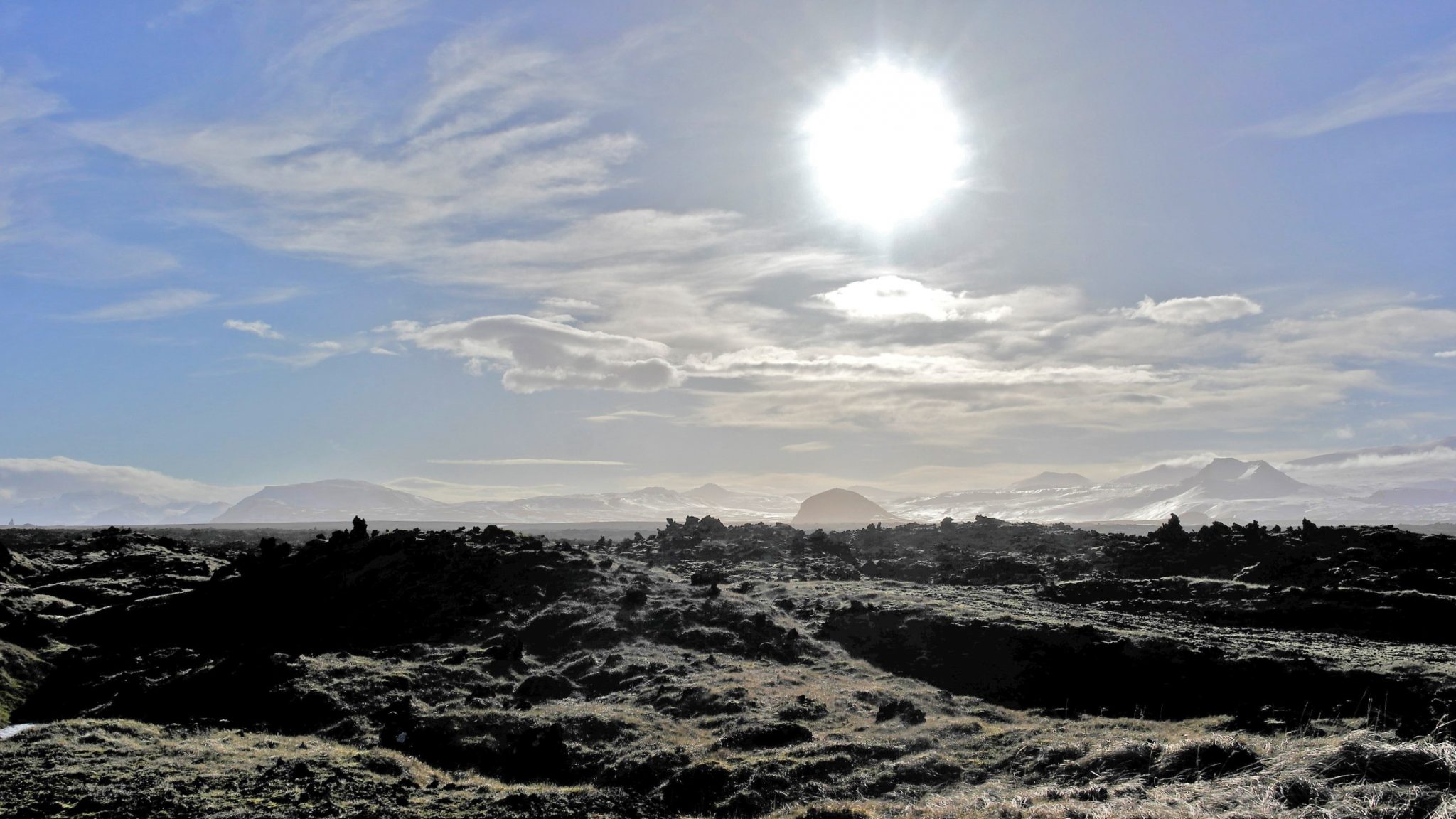 It is pretty much lava fields all the way through which makes it looks more alien than any place I’ve seen. 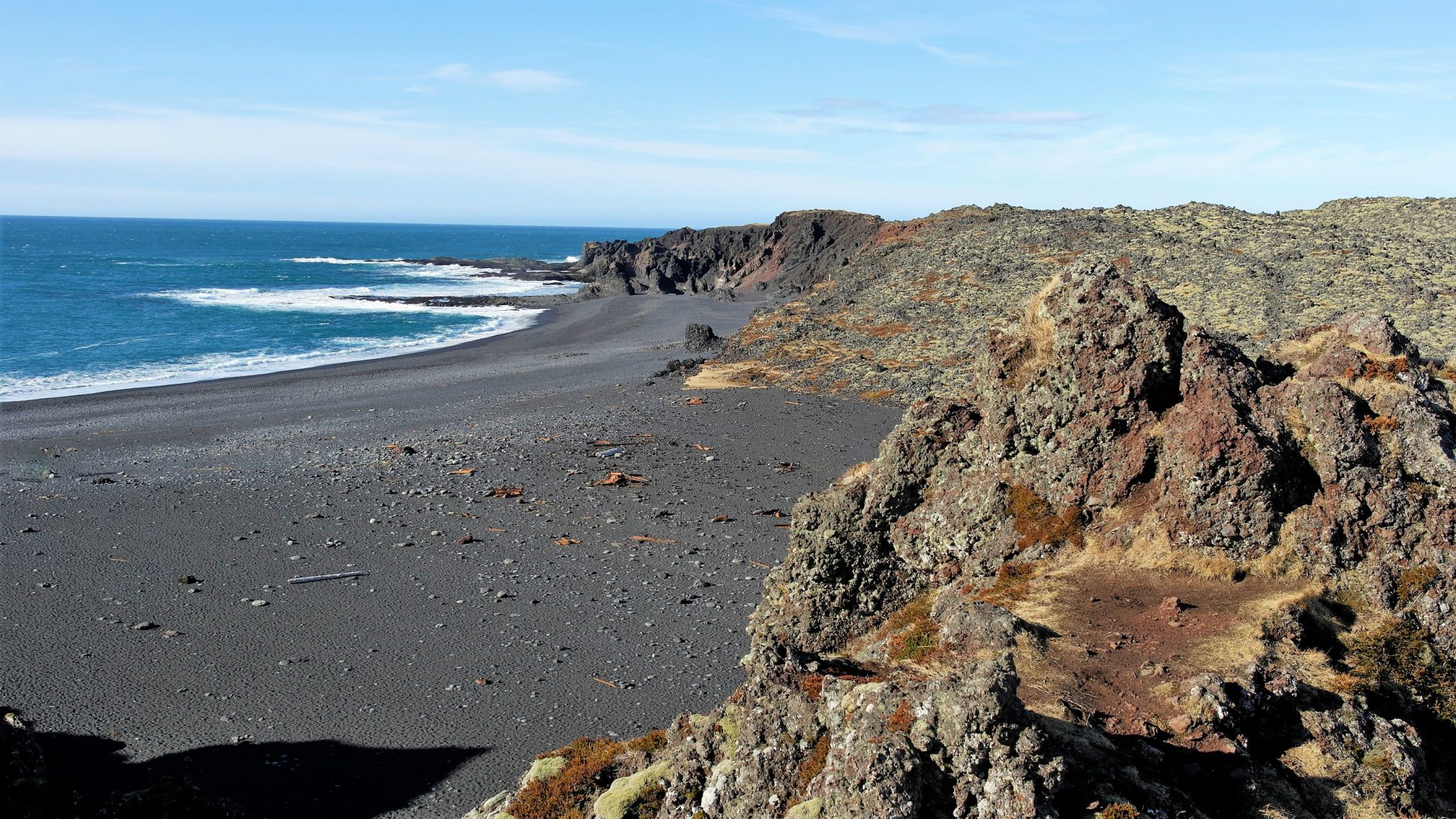 The absence of trees or even bushes is stunning! The soil is a raw mixture of sand, rocks, moss and grass.

The fauna is therefore sparse, which is great to get some silence.
However these winter days are quite cold and windy!

This puts to the land an odd dimension of inhospitality while still attractive by its features.

Although I could capture some birds ambiences, and of course wind again! 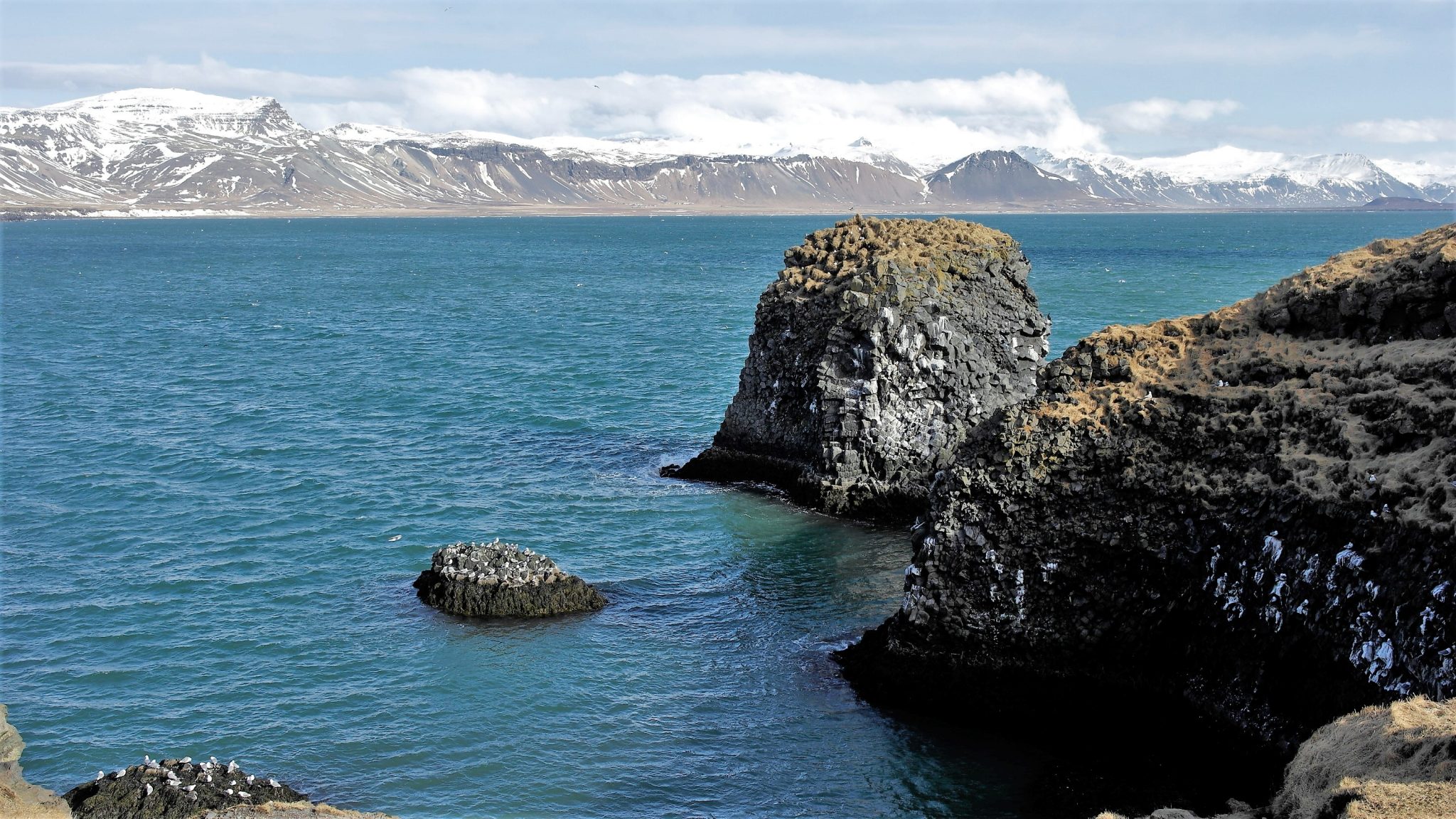 From Anarstapi to Hellnar, the cliffs are majestic, they cut straight into the ocean, with colonies of thousands birds living right on the cliffs!

Just after Hellisandur, I found this high antenna that sparked my curiosity, unfortunately it did not emit any sound.

I began to climb on the trail that leads to Snaefellsjoküll glacier!! 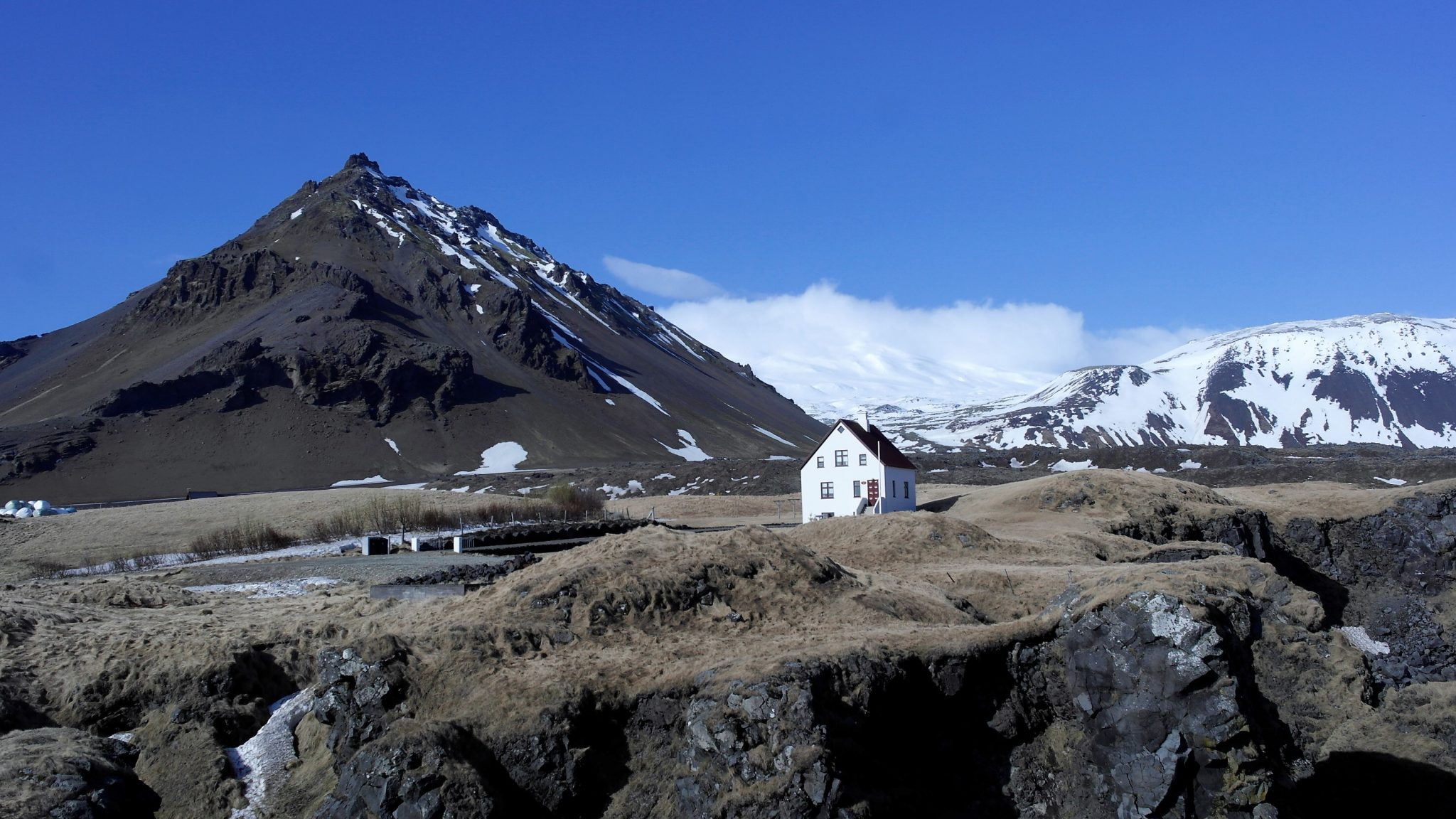 The mountain is one of the most famous sites of Iceland, primarily due to the novel Journey to the Center of the Earth (1864) by Jules Verne, in which the protagonists find the entrance to a passage leading to the center of the earth on Snæfellsjökull.