Today I have been driving a lot,
making my journey to the magnificent Snaefellsnes Peninsula.
Again today was a gusty day. 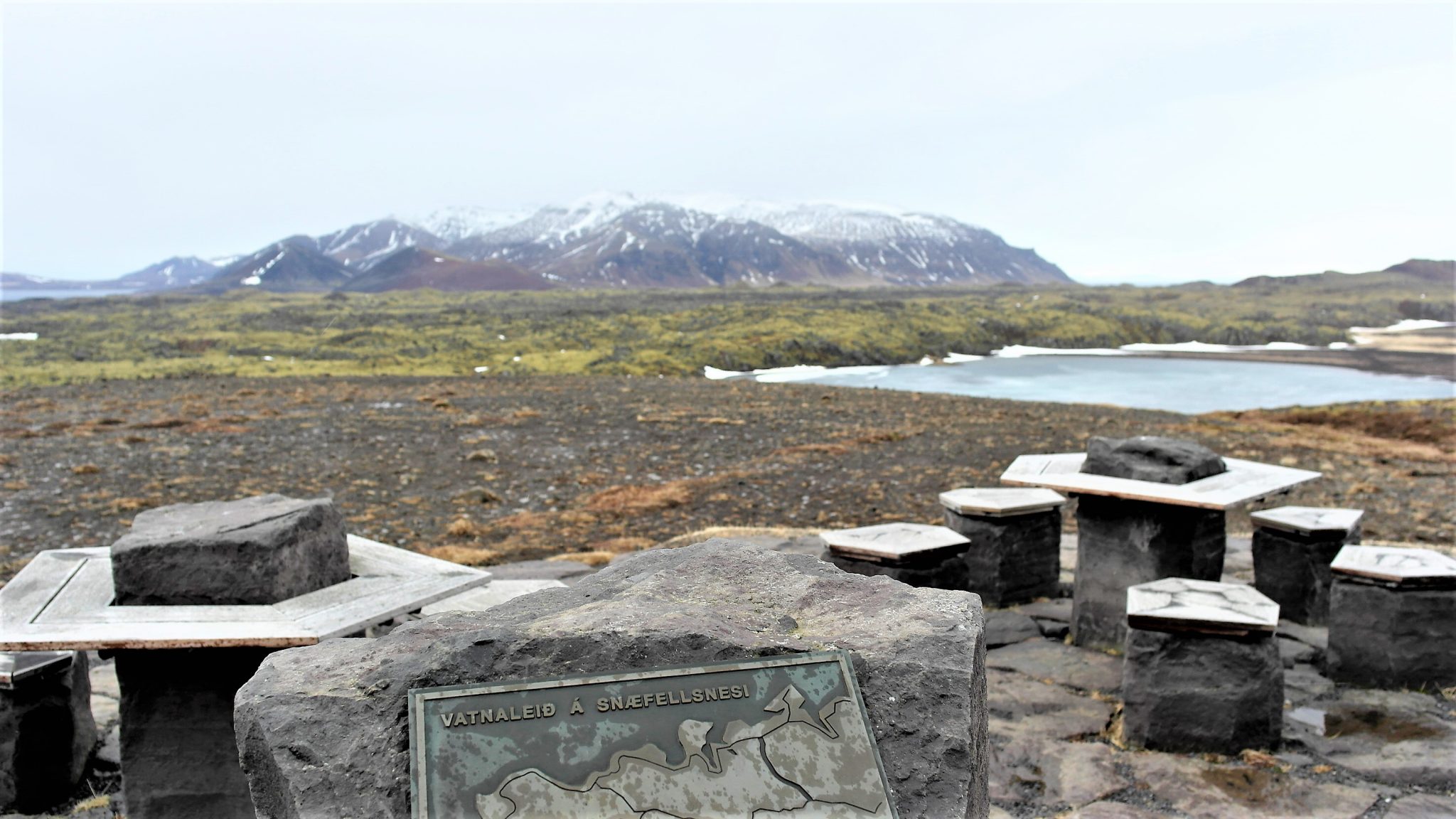 The wind was so strong that I had to watch for my stuff as they would fly away and disappear with no notice. Few times, it happened that I almost blew the door of the car when I opened it. 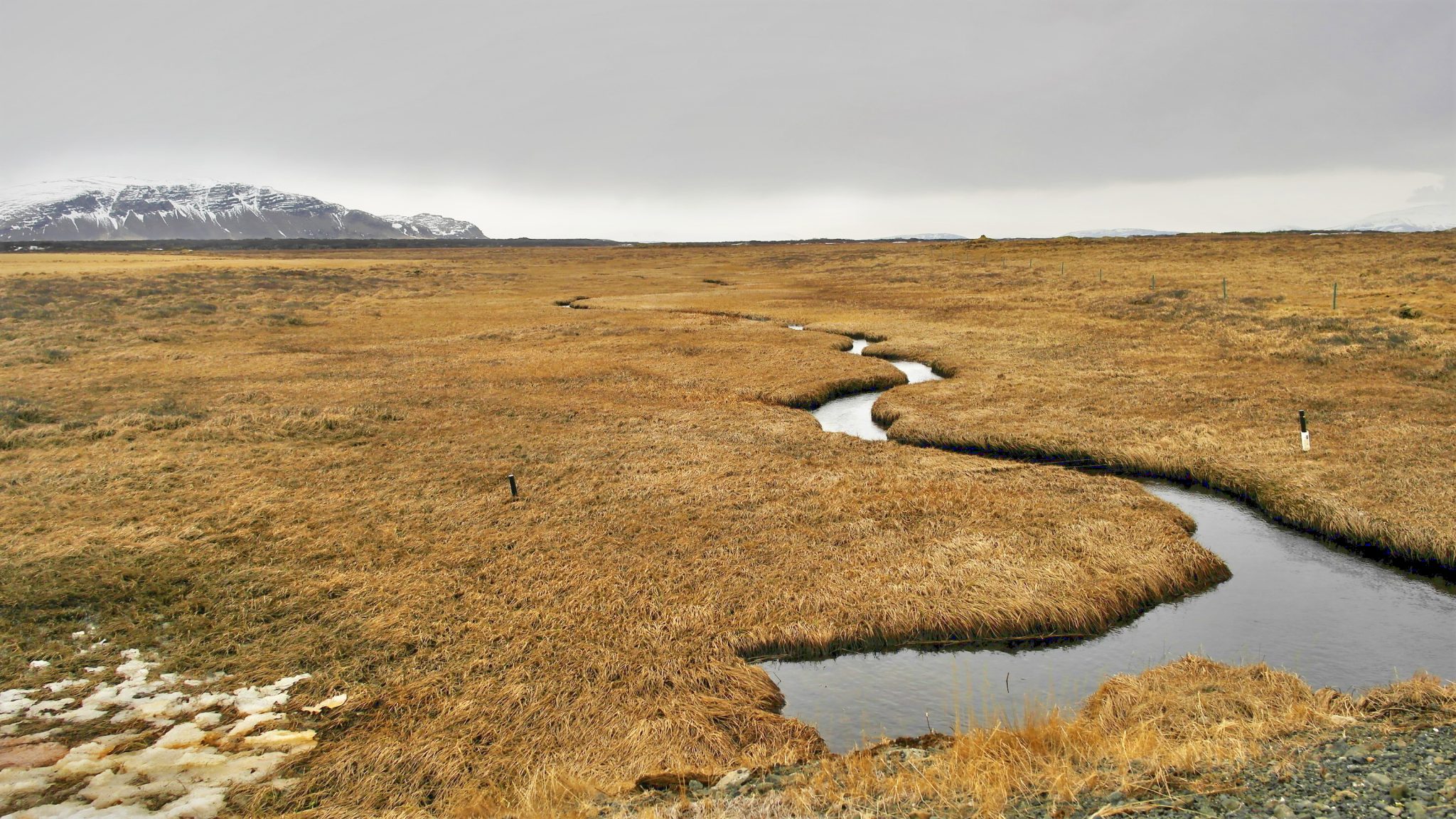 Like Yesterday, I kept on recording wind as much as I could since everything everywhere was shaking. 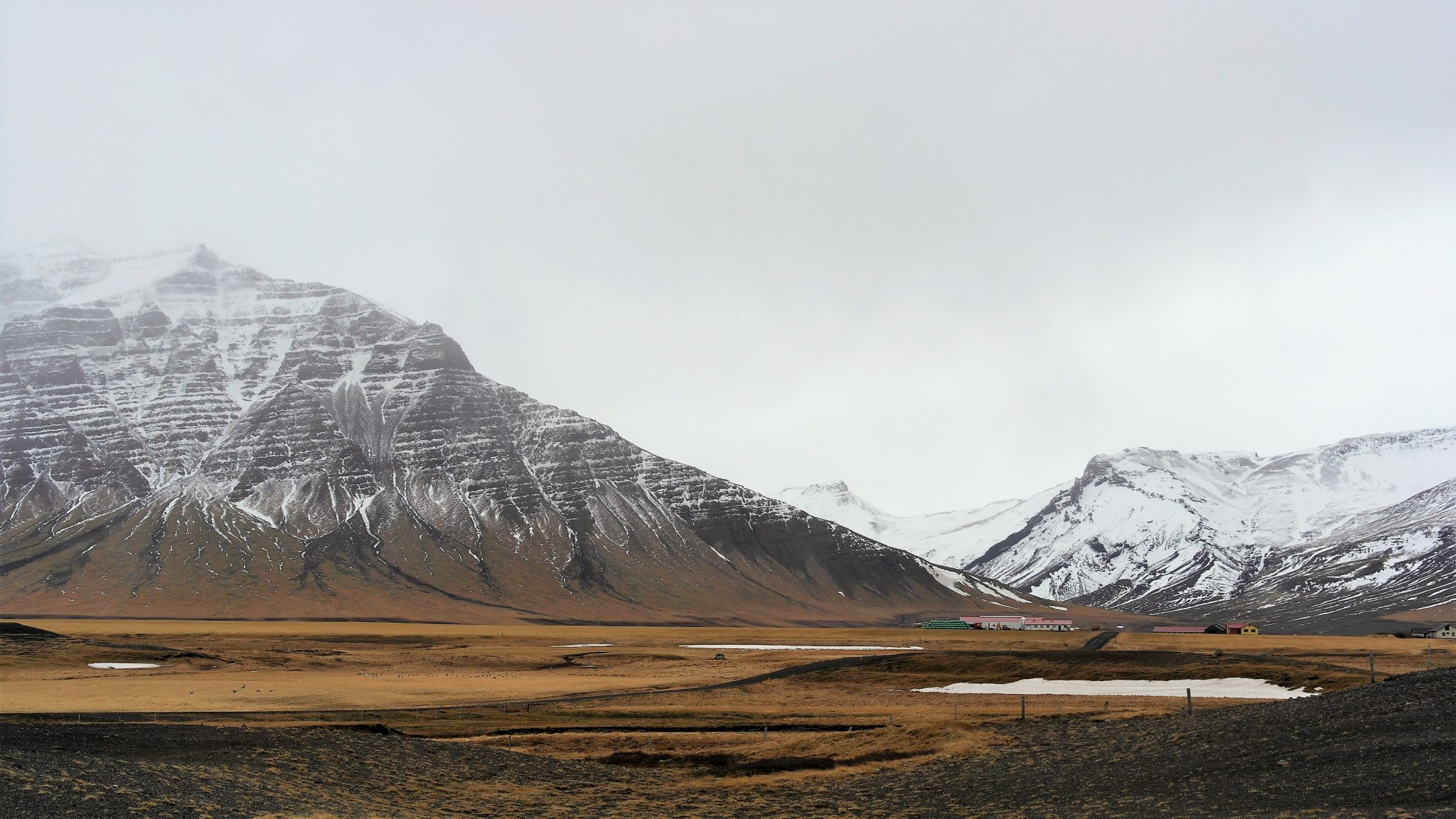 I drove on the main road for a long time, but I was always looking to find the small tracks to get out of the main traffic.
I managed to find some and adventure myself onto those paths.
I setup the mics close to the ground so I could record the grass wavering in the wind. It was not easy to stay outside, wind and cold was unbearable.

I decided to go first at Stykkishólmur on the north coast of the peninsula as the weather forecast was announcing difficult rain in the south. 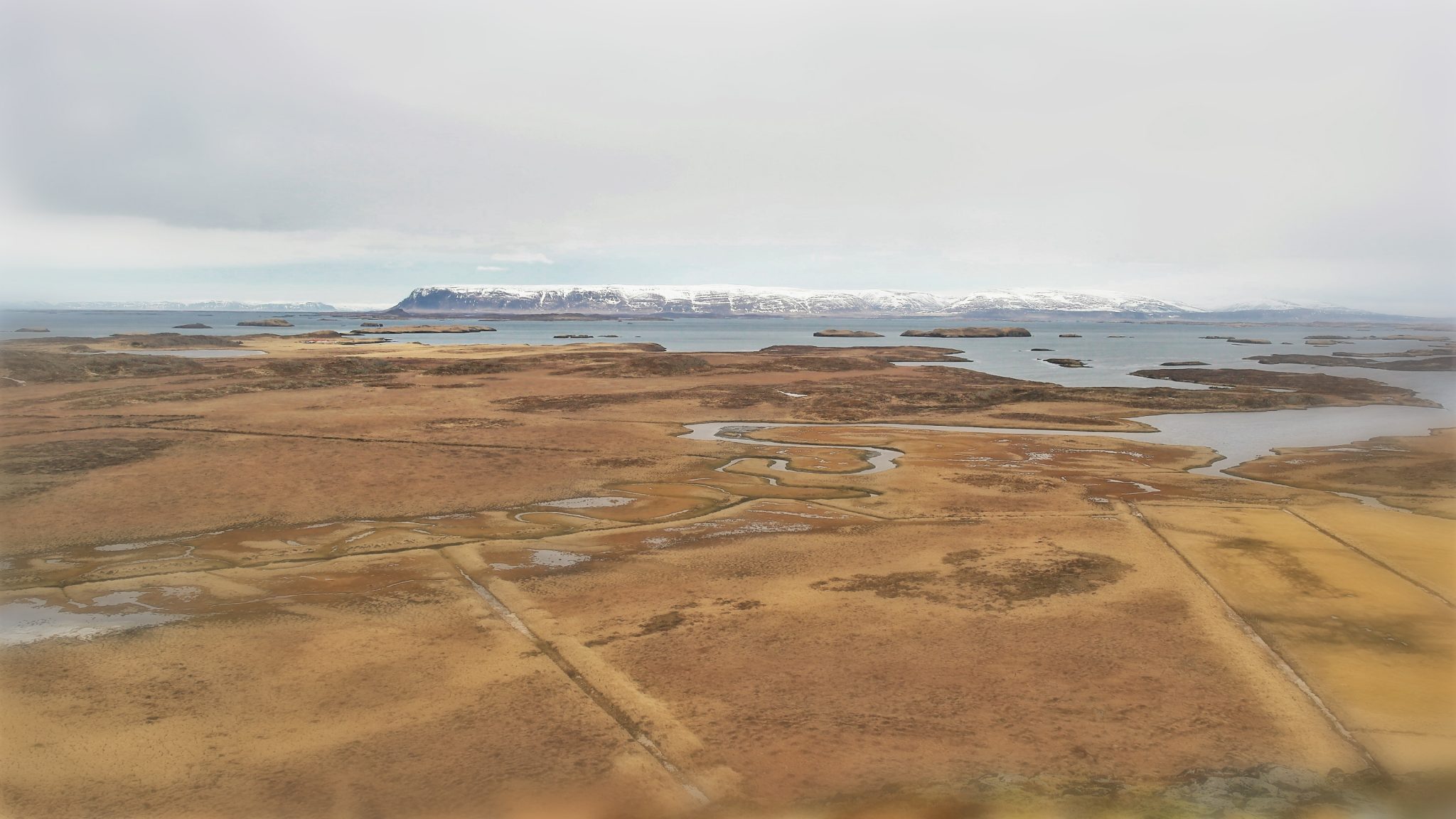 Arriving through the first lava field after the plains was thrilling. The green moss growing on lava rocks and contrasting with the icy mountain in the background is a candy for the eyes. 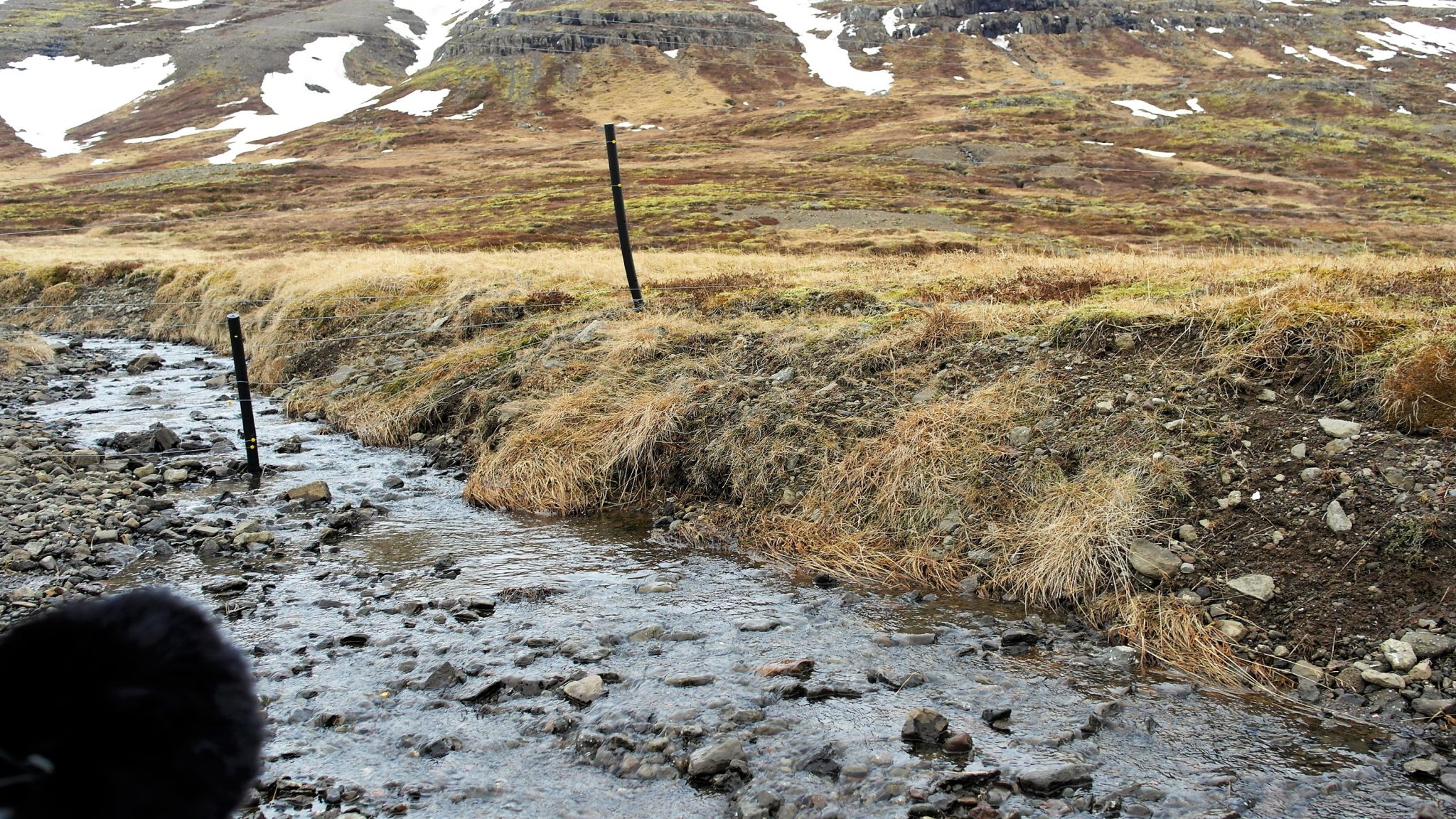 I found a nice little river with howling metal fence. 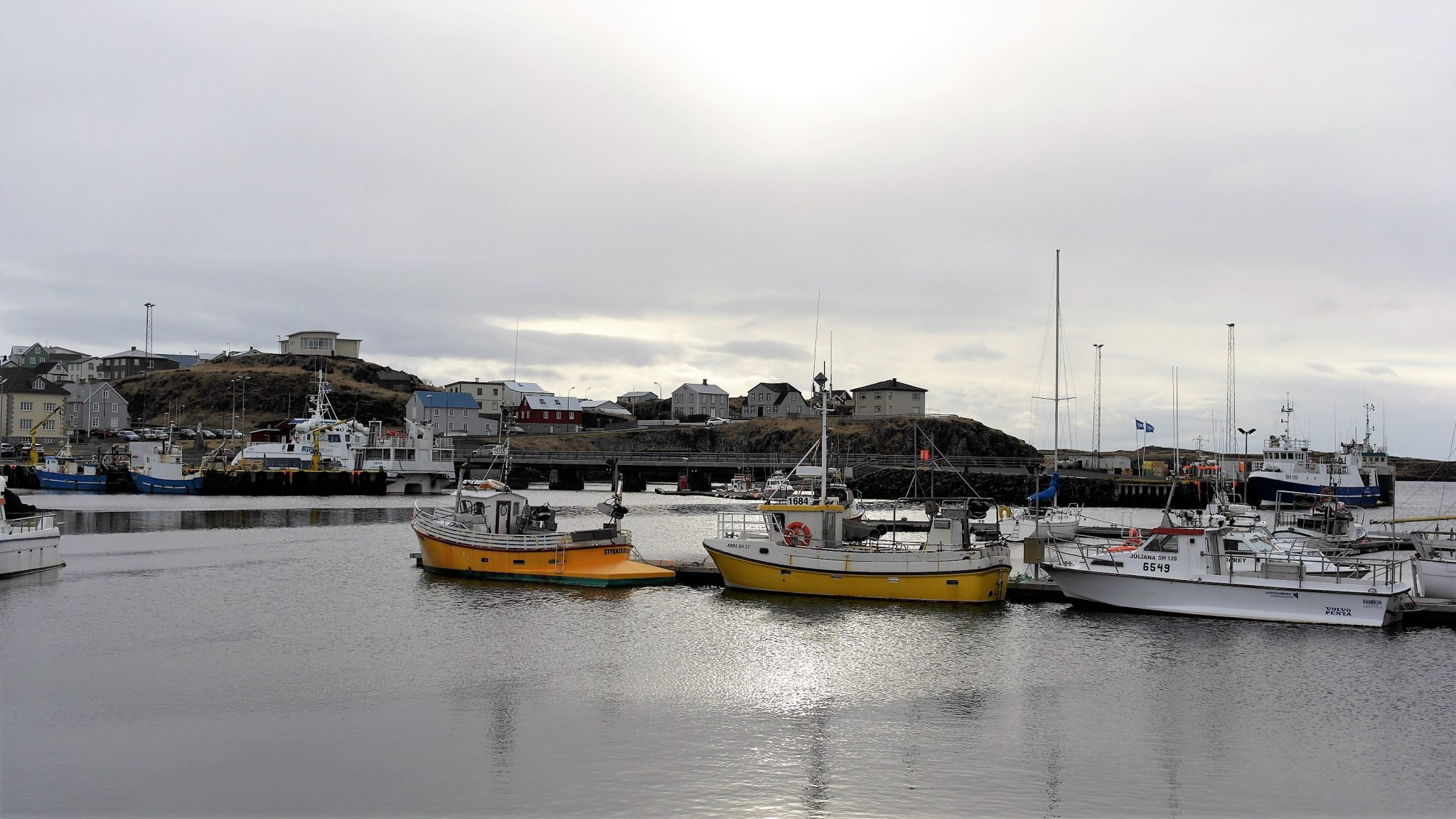 Arriving at Stykkishólmur, I was abble record some nice harbor ambiences but mostly wind-shaked stuff. 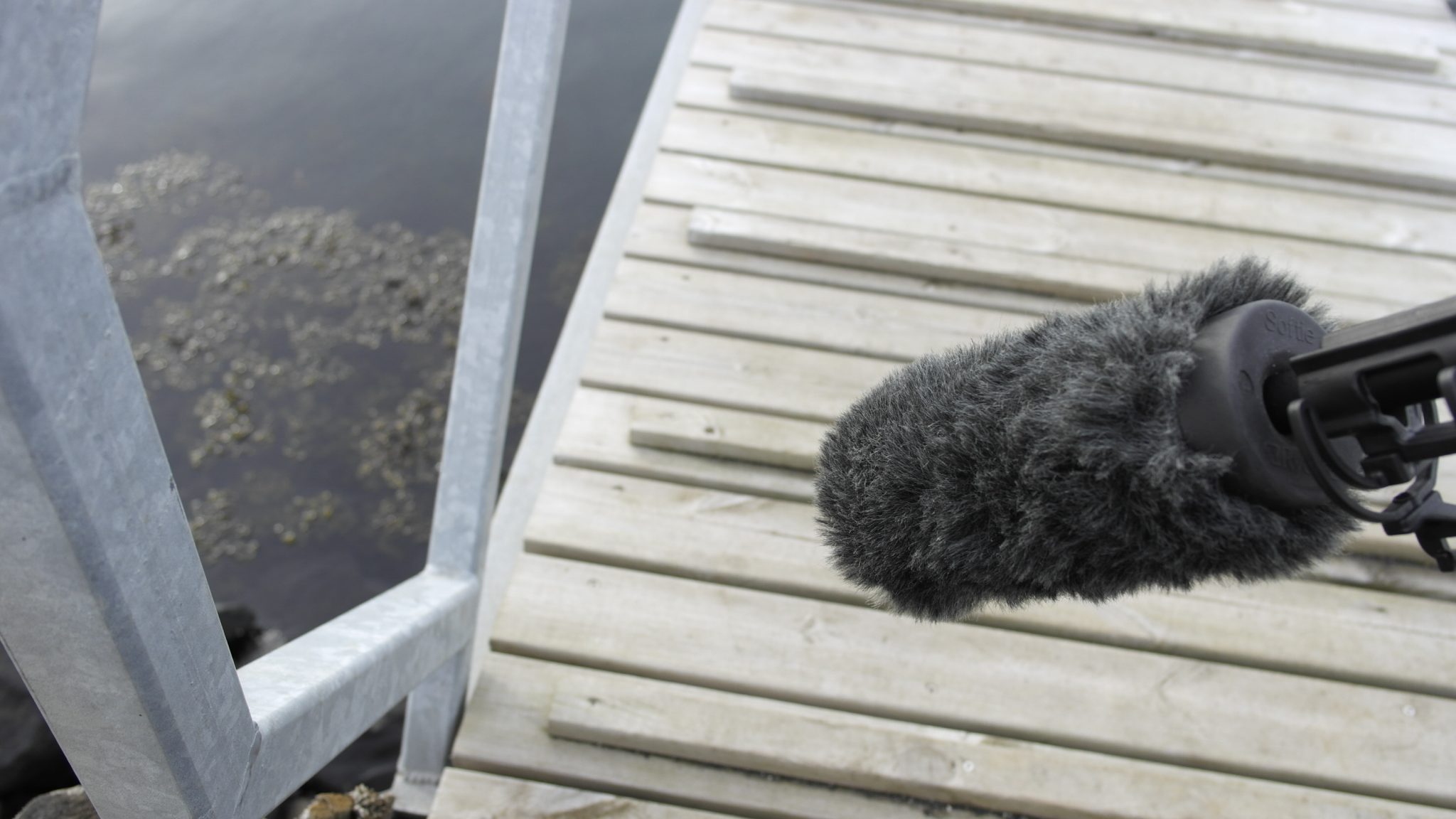 I also recorded the sound of these birds on the shore:

However in this video, it is the sound of the camera microphone. You can hear how windy it is! 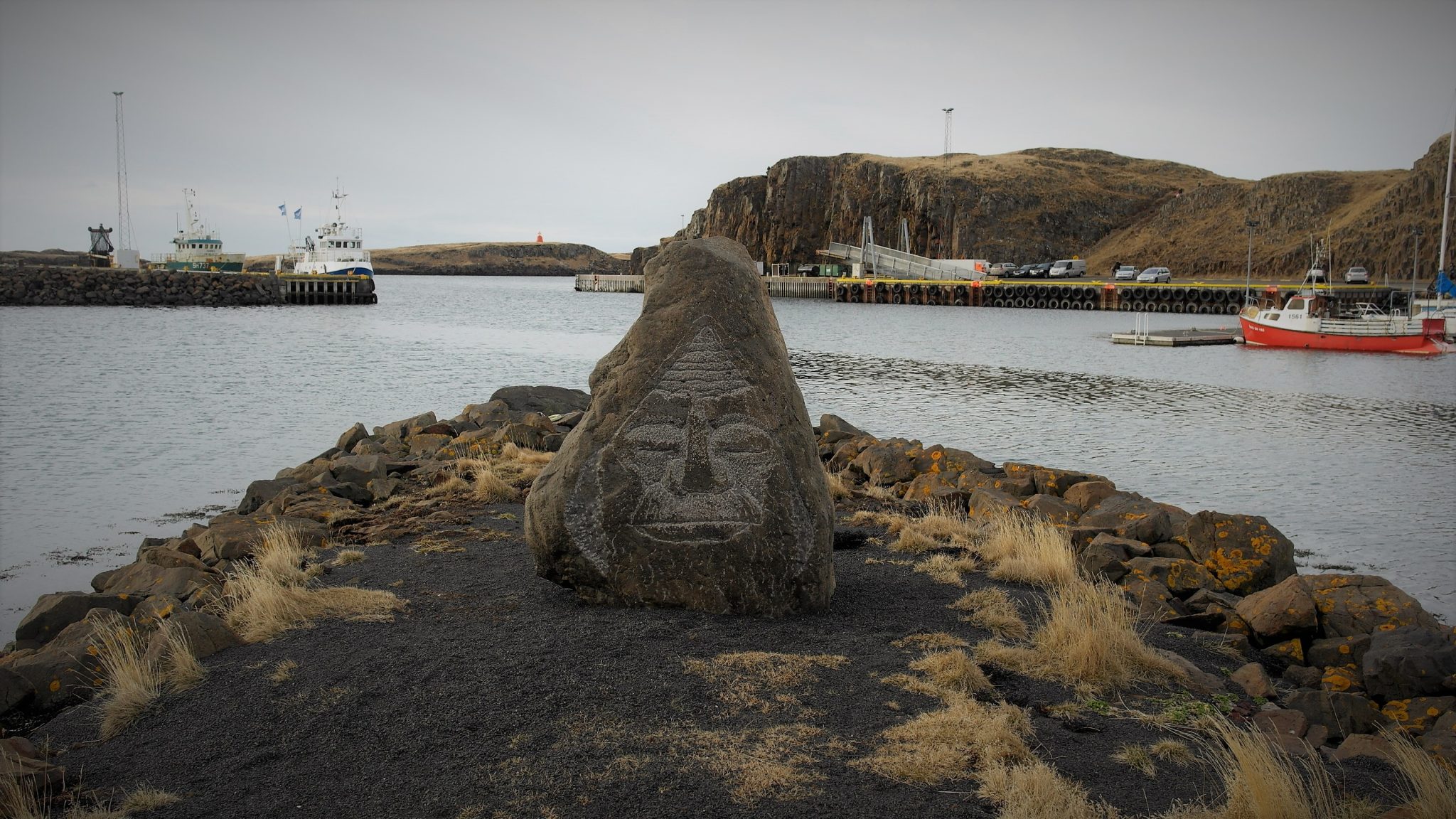 I continued towards Rif, passing by Ólafsvík and Grundarfjörður with a nice cliff and finally a beautiful waterfall. 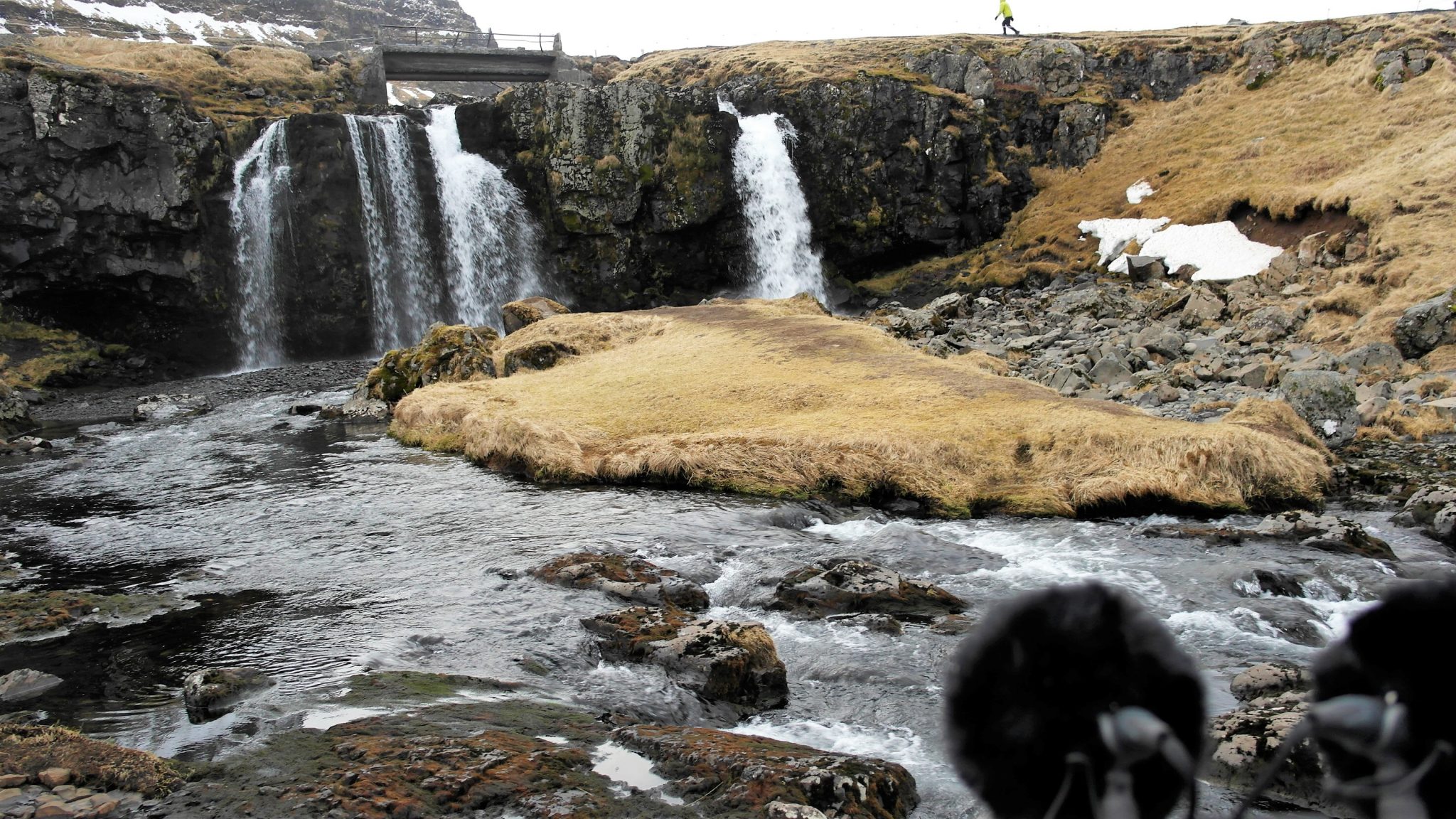 This was a windy but nicely rich day!