One year ago I started the project ‘100 fountains‘.

At that time I had already recorded a profusion of sounds throughout the city of Montreal. I was about to release a collection of ambiences from Montreal. As I re-listened the tracks I noticed how often I could hear fountains anywhere at any time. It wasn’t just a thing that was belonging to the decor, I felt as if it was such an essential part of a city and its inhabitants. Also it isn’t particularly related to Montreal itself.

Indeed Water is Life!
It is a universal elements and through the sound of water many shades and stories can be drawn. Furthermore it is possible to find the existence of fountains throughout all time period and civilisations. 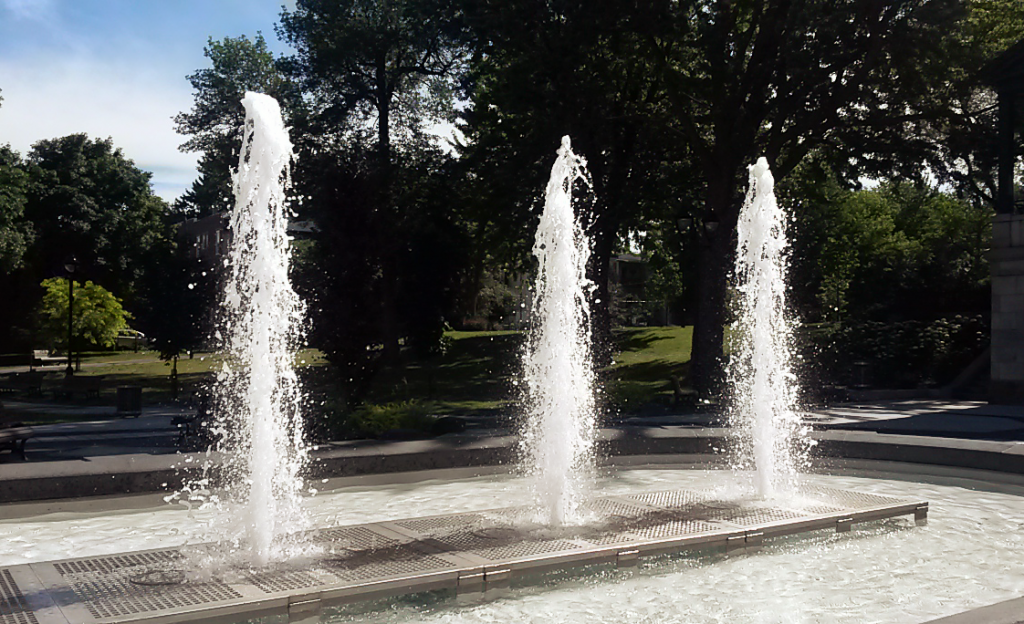 It is at that time that I decided to partition my city soundscape project into various parts. Thus having separate elements available would allow creators to shape their own story, their own city atmosphere.

I thus started to focus only on fountains for few weeks. Through my wander I found incredible variety of tones. At first I  assumed water streams and jets are like washy white noises. In fact it is true from a distance but as soon as you get a little closer the caracteristics of the sound start to unravel. Depending on the number of jets, the force, the materials, the bassin… So many variables play a role in shaping this water sound. I found it astounishing, and therefore I tried my best to capture these detailed specificity in a comprehensive manner. 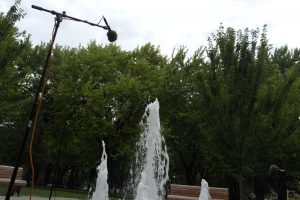 It is funny to think no one usually pay attention those sounds, still fountains can say much more than we think; thus they can play a big role in a scenario. They are powerfull as they can easily mask any other sounds at large flow. They also can emphasize emotions with subtle water drops ryhming with romantism.
Over the course of this library craft I felt empower of a mission, collecting useful and precious windows of time in the city.
Of course it wasn’t so easy to capture, as cities are always buzzing of myriad of sounds. Hence I did most of these recordings at nights so I could avoid as much as possible extranuous noise. From editing I make it esential to create loops for these sounds. And then make them last forever if needed.
Overall it took maybe 1 or 2 months to complete this collection from which some of the recording were made one year pior to the project. 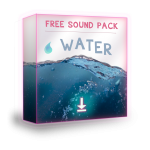 Some of these recordings are included in the free water pack v1 available on articulated sounds here. (it is possible to use them even for commercial project) 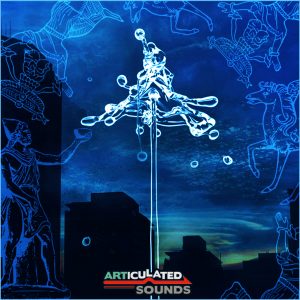